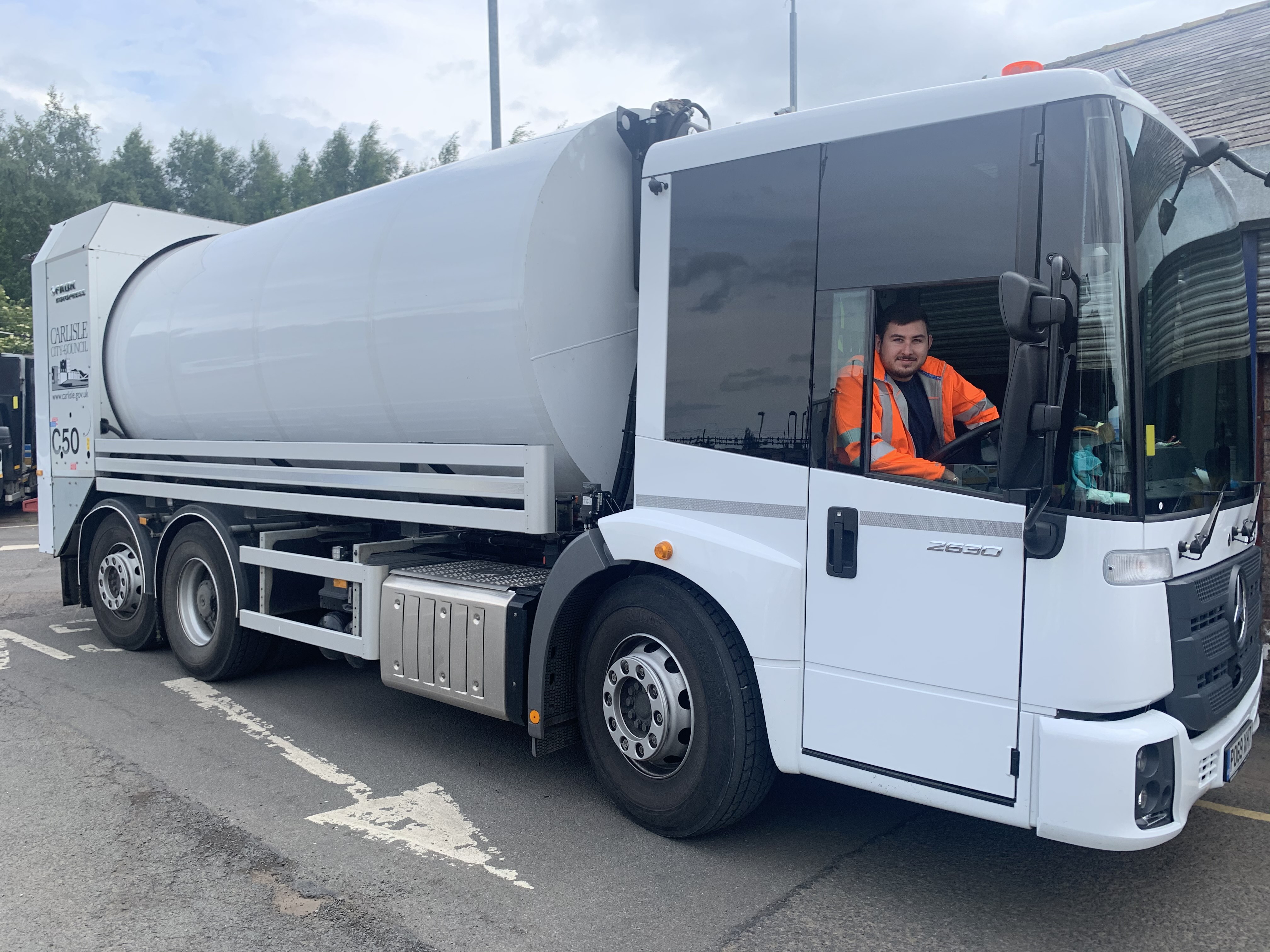 Since Carlisle City Council equipped its fleet of refuse and recycling vehicles with the latest camera recording technology, reverse radar and safety equipment crews and office staff have been delighted with the results.

The decision to install the equipment was made primarily to address the rise in potential insurance claims and monitor best practice amongst drivers and crews. However, crew and office staff have noticed a number of additional benefits that help them carry out their jobs.

Laura Monkhouse, Fleet and Depot Manager, Carlisle City Council said: “There were a number of incidents where we had been accused of causing damage to cars or property, and there was no way of knowing if these claims were true or not. It was a very time-consuming process.

“With the new camera systems, it’s easy to check what actually happened and if any of our vehicles were involved. Often, we find the damage has happened before our vehicles were on the scene. The footage is very clear and you can see from every angle of the vehicle, so there are no hidden areas. We can also use the footage for crew training and to check that everyone is following the correct procedures. The cameras are invaluable and very time-saving.”

Following successful trials, the authority chose to install the RX3 hard disk recording 4-camera system and reverse radar from Innovative Safety Systems Ltd (ISS) to over 30 brand-new waste and cleansing vehicles, as well as retrofit the system to older vehicles in the fleet.

The RX3 system is reliable and rugged enough to withstand challenging environments. It provides the highest clarity of image and footage is automatically downloaded, ready for interrogation, when vehicles return to depot thanks to the ISS LANlink automatic Wifi download system.

Liam Prince, Operations Supervisor, Waste Services: “The camera systems are a big help for the driver. They can change the view to quad-screen view or split it between the front and rear of the vehicle. The image is really sharp whether its day or night-time and it’s easy to the access footage afterwards. We were given training but it’s not really necessary.  You just input the date and time, and download. The footage is clear as day and there is additional information such as the speed the vehicle was travelling, and if it was braking or indicating, which is really helpful for any investigations.”

The council is also trialling ISS’ latest innovation, Reaclear, on one of its vehicles.

Reaclear was designed to prevent accidents during reverse manoeuvres. Using advanced wireless technology Reaclear ensures the reversing assistant is always in the correct position when a reverse manoeuvre can’t be avoided. A handset enables two-way communication between the crew and the driver during operations.

Liam Prince, Operations Supervisor, Waste Services: “The crew really like Reaclear, especially the comms feature, which can be used to alert the driver about other issues too such as if a bin if overfull.”