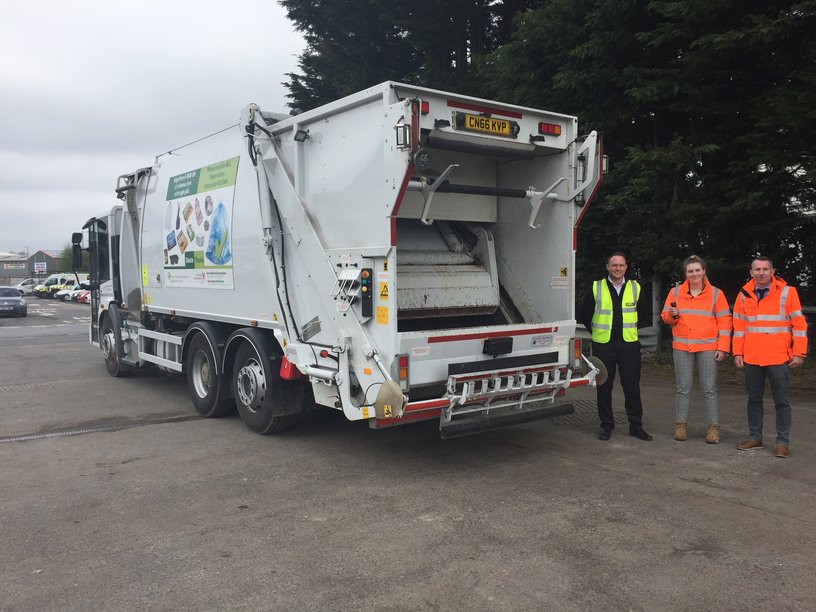 Carmarthenshire County Council has announced plans to install the latest reversing aid technology, Reaclear, to its fleet of 28 waste and recycling vehicles.

The primary reason for the decision is to improve the safety of crew members and the general public by reducing the risk of reversing accidents.

Shaun Lynch, Waste Operations Manager, Carmarthenshire County Council: “Like many parts of the country we have experienced a significant increase in housing development and that is leading to more restricted access. There is more traffic, more parked cars and more people, and our drivers are operating 26t refuse trucks in even tighter spaces.

“There have been incidents in other authority areas with fatalities that have been caused by reversing vehicles and we want to avoid that happening in Carmarthenshire. We have experienced an increase in vehicle damage, which nearly always occurs when the vehicles are reversing.”

Reaclear is a preventative reversing device that works by ensuring that every reverse manoeuvre is ‘authorised’ before it occurs. It is the latest innovation from the makers of Cyclear ™ - Innovative Safety Systems Ltd (ISS).

Gavin Thoday, Director, ISS, explains how Reaclear works: “The reversing assistant carries a hand-held device that also acts as a two-way radio, and once it is safety to manoeuvre he or she presses the transmit button. This lets the driver know it is safe to reverse. If the vehicle is reversed without first receiving a signal, an alarm sounds in the cab and LED warning lights start to flash. A message and video clip is also sent to the transport office to determine if further action is required.”

Shaun Lynch: “Reaclear works with the driver and reversing assistant, and ensures that reversing manoeuvres are carried out using a clear, agreed system of signalling according to the advice given by the Health & Safety Executive. In the event the device is not used the driver is alerted immediately and we are also notified.”

“I introduced Reaclear to our Risk Management Working Group, with representatives from all departments including highways and education, and they were very impressed. If Reaclear proves to be successful it could be rolled out to other areas of the Authority.”

Gavin Thoday: “We have been working with Carmarthenshire since 2013 when we first installed camera systems to their vehicles and we are delighted that they have opted to use Reaclear. We have been developing and testing the technology over the past 7 years and despite only recently opening the order book we are already very busy. The feedback from vehicle operators confirms our belief that Reaclear has the potential to greatly reduce if not eliminate reversing accidents involving refuse vehicles.”

For further information about ISS and its portfolio of products tel: 01386 630 155 or visit www.iss-international.co.uk.