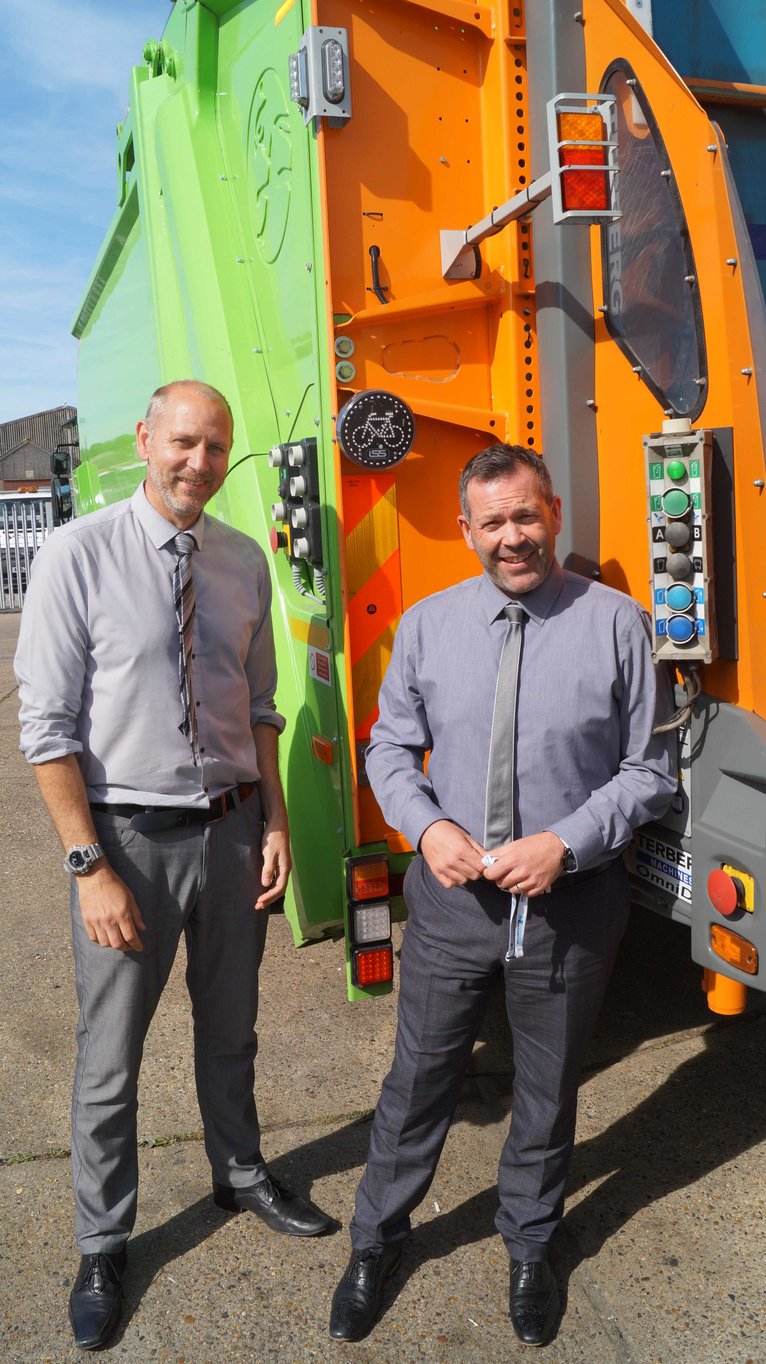 Since introducing a four-day working week and longer hours each day for the shared waste collection service, Suffolk Coastal Services and Waveney Norse have equipped their new Refuse Collection Vehicles with the Cyclear™ Cyclist Warning Display System.  The move is to ensure that vehicles meet the highest safety standards whilst undertaking longer rounds.

Chris Davison, Fleet Operations Manager, Waveney Norse and Suffolk Coastal Services said: “We now operate collections from early in the morning until late afternoon, so the vehicles are active during both rush hours periods, where there is a higher proportion of cyclists on the road. Although we have not yet had any incidents we want to be proactive in preventing any accidents. We tend to be an early adopter of technology and not only is Cyclear well tested in the field, the customer support from ISS is great. The system engages both drivers and cyclists to prevent dangerous situations and collisions.”

Suffolk Coastal Norse and Waveney Norse is a joint venture partnership set up by Norse Commercial Services to increase efficiency, resource optimisation and financial savings for both Councils.

Currently Cyclear™ is in operation on 5 vehicles operating across Lowestoft, Halesworth, Felixstowe, Woodbridge and surrounding areas including new housing developments. The plan is to include the system as part of the standard specification for all new waste and recycling vehicles in the future. The vehicles are also equipped with ISS reversing radar and ‘Caution Workers At Rear’ light-boards.

Gavin Thoday, Director said: “We are delighted to be working with Waveney Norse and Suffolk Coastal Norse to help keep their crews and members of the public safe. Cyclear is popular because it is an effective, proactive device that actively helps prevent accidents between HGV’s and vulnerable road users.”

For further information about ISS on tel:02476 442699 or visit www.iss-international.co.uk.