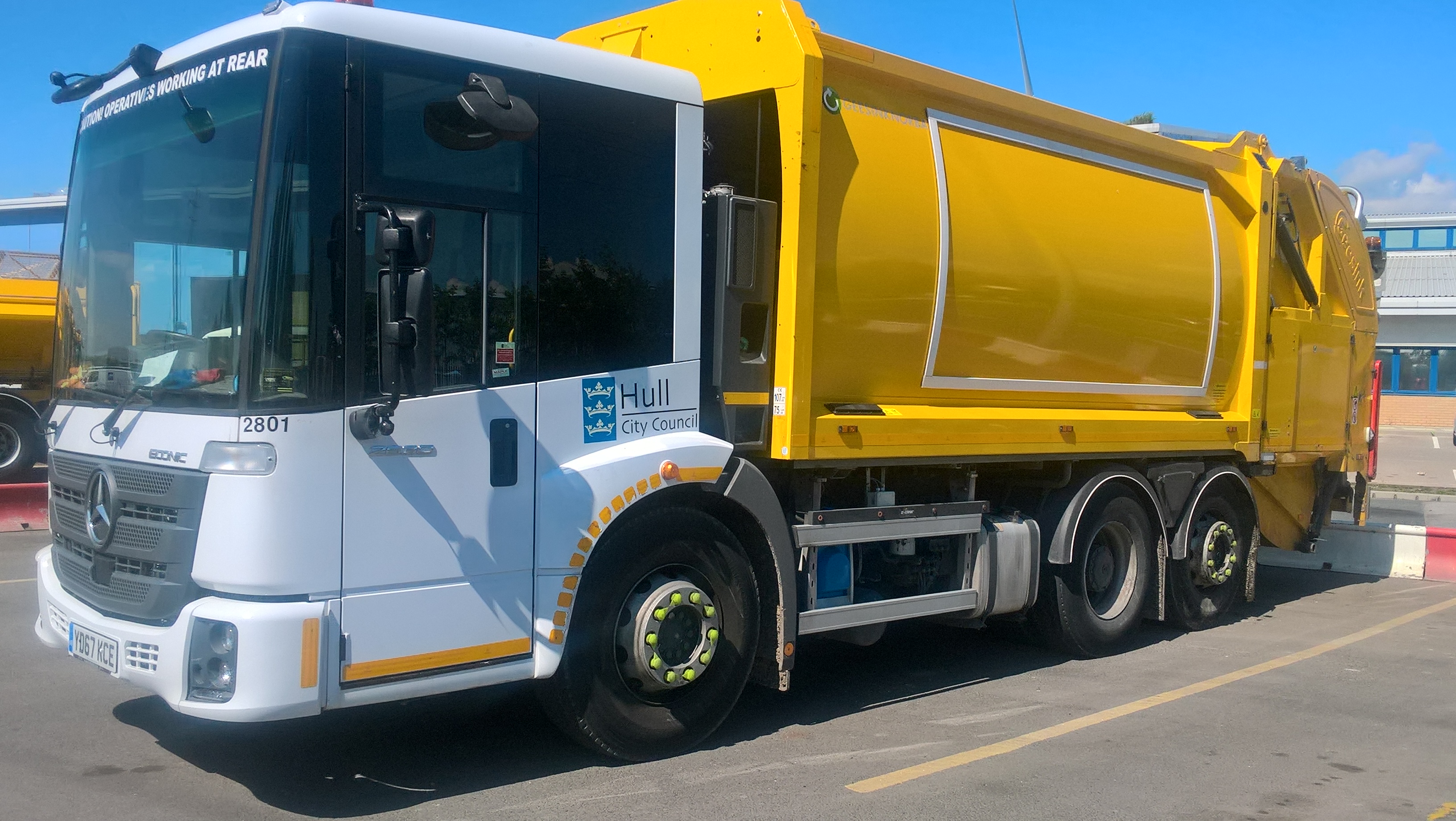 Mark Toalster, Senior Transport Supervisor, Hull City Council, said: “We initially fitted the camera systems to 14 new vehicles in 2017. Four out of the first five claims we received were dropped as soon as we were able show footage proving that the private vehicles in question were damaged prior to our vehicles making their rounds.”

The 5-camera recording systems were provided by vehicle safety technology company, Innovative Safety Systems Ltd (ISS), primarily to help the council monitor collections for health and safety reasons, to protect the public and crews. However, the resulting reduction in false insurance claims means that the systems more than pay for themselves, and the council has since fitted the systems to a further six vehicles.

ISS has also installed an automatic footage download facility, LANlink, whereby recorded footage from each vehicle can be downloaded immediately by WiFi as they return to the depot. There is no need to manually remove data from the vehicles and the footage can be easily accessed and interrogated via the council’s back office systems. The system also provides an automatic ‘daily health check report’ which qualifies the operational status of each vehicles camera via an e mail link.

The council uses the footage during driver competence training to provide insight and the crews are encouraged to report incidents such as when they experience verbal abuse, as they are often captured by the cameras.

Added Mark: “We are so impressed with the system that we have included it in our fleet replacement tender specification alongside other safety equipment. We would like our entire fleet, over 50 vehicles, to be equipped with the camera systems.”

Keith Boyfield, Sales Manager Scotland and The North East, ISS said: “We are delighted that the camera systems are providing a good return on investment and that they are enhancing the safety of Hull’s waste and recycling fleet.”

The council has also fitted ISS reverse radar to its waste vehicles and is currently trialling both Cyclear (a cyclist safety warning device) and Reaclear reverse safety technology from ISS on its demonstration vehicle. The initial assessment is very positive and feedback from crews will determine if the technology is adopted across the rest of the fleet.
ISS designs, supplies and maintains a wide range of vehicle safety technology, much of which is manufactured here in the UK. ISS products include Cyclear™ (cyclist safety warning device), Reaclear (HGV reversing safety device), RXLite (live camera system), RX3 Hard Disk Recording camera systems, the LANLink remote footage download, reverse radar, Auto-stop radar and vehicle-tracking systems.