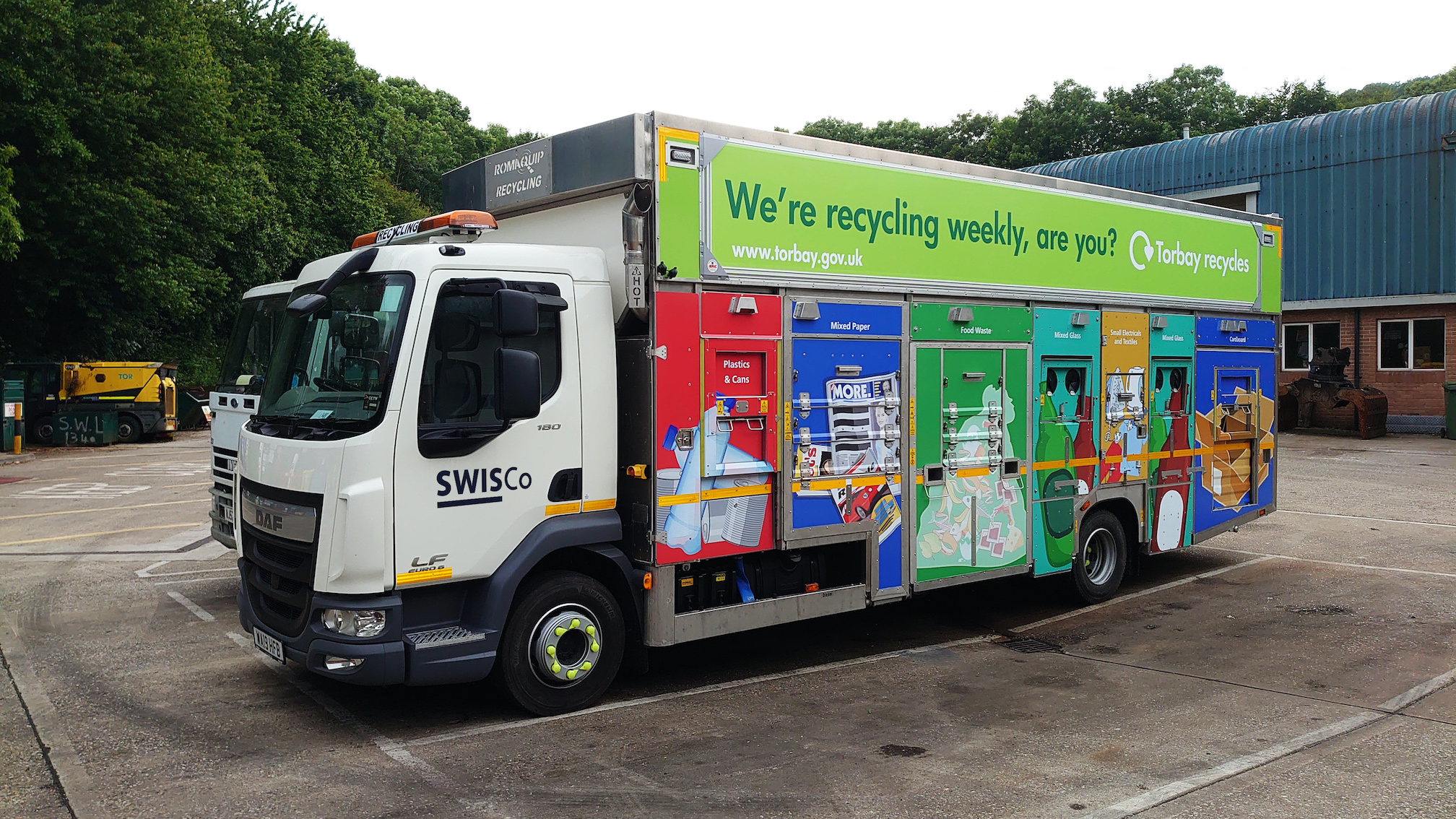 Torbay Council is equipping its waste and recycling collection vehicles with the latest live camera recording systems to enhance the safety of residents and crews.

So far 11 Romaquip Kerb-Sort recycling vehicles have been fitted with 6-camera live recording systems and six refuse vehicles have been installed with 4-camera recording systems. The RXLite DVR systems are from British vehicle safety technology company Innovative Safety Systems Ltd (ISS). An additional 11 Romaquip vehicles are due for delivery at the end of this year and they too will be fitted with RXLite Live camera recording technology.

This is the latest in a series of improvements delivered by SWISCo and the Council recently launched it’s new Resource and Waste Strategy consultation. They are asking for feedback from the local people and residents can have their say on the Torbay Council website.

Councillor Mike Morey, Cabinet Member for Infrastructure, Environment and Culture for Torbay Council, said: “We have around 30 vehicles going out each day from our waste and recycling teams to service our community, and although our supervisors do their best to get out and monitor the teams’ performance they can’t be everywhere all at once. The cameras provide visibility of the teams from a health and safety perspective. They also help to mitigate false insurance claims as well as prove or disprove complaints made about the crews.

“Despite initial reservations from crews and managers that the cameras were ‘big brother’ keeping an eye on them, they are now very accepting of the technology, especially as footage has already been used to defend their position. Managers also report that it has been an excellent tool in helping to improve both safety compliance and performance.

Cllr Morey continued: “One of the new recycling vehicles has enough capacity to return to depot just once at the end of each shift, so the crew is out all day. The cameras help to give team members and supervisors an additional level of reassurance that any incidents are captured. We have reduced our investigation time because the footage can be reviewed instantly and crews can resume their rounds.”

Mike Crowther, Sales Manager, ISS: “We are delighted that SWISCo have chosen us as their vehicle safety technology partner and that our equipment is enhancing the safety of residents and crew members in Torbay.  We look forward to continuing to support them as they develop and expand their services.”

Cllr Morey concluded: “A second batch of recycling vehicles are due to arrive at the end of this year and they will be fitted with the camera systems. We are also looking forward to trialling a reversing aid from ISS called Reaclear, which works with the driver and crews to ensure that vehicles are reversed properly.”